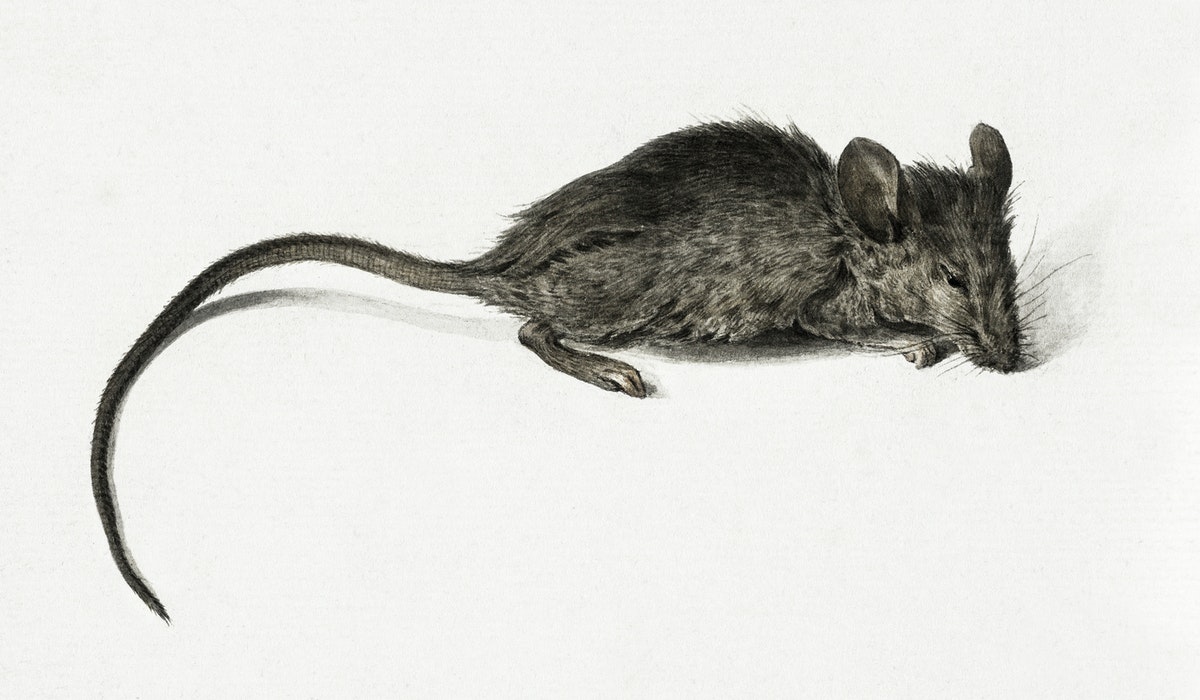 The Black Rat or Ship Rat is now rarely found in the UK. This rat that brought the Black Death across Europe and the Great Plague of London in the 17th century.

The Brown Rat is the larger of the two, often weighing over half a kilo and measuring about 23cm, without counting the tail. The Black Rat weighs half as much and is shorter. It has a pointed muzzle, large, almost hairless ears, a more slender body, and a long thin tail that is longer than its body.

Black Rats have well-developed senses of smell taste and touch. They have an acute sense of hearing, frequently using ultrasound to communicate, and are particularly sensitive to any sudden noise. Both species breed rapidly and become sexually mature in about three months.

Each female may produce from 3 to 12 litters of between six and eight young in a year. Rats need to gnaw to keep their constantly growing incisor teeth worn down. They damage woodwork,
plastic, bricks and lead pipes, and will strip insulation from electrical cables.

Black Rats feed mostly at night and an average rat will eat 50g of food a day. Preferred foods are cereal products, although rats are omnivorous and will eat almost anything that humans eat.

Although rare, they are still occasionally found in seaport towns but have mostly been ousted by their voracious big cousin, the larger Brown Rat from central Europe.

Black Rats carry many nasty diseases which they can spread to humans, normally through their urine. including; Leptospirosis or Weil’s disease, Salmonella, Listeria, Toxoplasma gondii and Hantavirus.

Black Rats can inflict a great amount of structural damage. They can cause serious fires by gnawing away the insulation around electrical cables, floods by puncturing pipes and even death by chewing through gas pipes.

Black Rats can ruin an organisation’s reputation. If clients and customers spot evidence of rodent infestation in the premises you manage, they are unlikely to want to do business with you.

Property owners have a legal obligation under the Prevention of Damage by Pests Act 1949 to keep premises free of rats and mice, or, if they pose a threat to health or property, to report infestations to the local authority.

How to get rid of Black Rats

Black Rats are adaptable, highly mobile and breed rapidly, this combination can make rat control a difficult task for the untrained individual.

For any Black Rat infestation, we would always recommend contacting a professional pest control company, preferably a member of the BPCA. They are trained in rat control and will have access to a range of professional use rodenticides which are not available to the public.

However, if you decide to carry out the work yourself then you can buy amateur use poisons and traps from a hardware store or garden centre. Black rats are wary of new objects such as traps or poisons placed in their environment and will avoid them for a period of time prior to exploring them, so don’t expect an instant success. When placing poison or traps, make sure they are in a safe and secure place out of reach of children and pets.

WARNING: When using rodenticides always follow the instructions on the label, and importantly search for and dispose of any dead rodents in a safe manner.