Feral pigeons and certain species of gull, for example the Herring Gull and Lesser Black-Back Gull are potentially a source of risk to health and safety in the urban environment. A range of diseases have been shown to be carried by birds living in urban and suburban environments.

Pigeons and seagulls will deface buildings by their droppings deposited and nesting materials.

The feral pigeon use buildings throughout cities as a sheltered roosting site while waiting to feed at first light, on debris from waste management bins in the domestic and commercial sectors.

Both Herring Gulls and Lesser Black-Back Gulls are becoming an increasing problem in Dublin and surrounding areas, nesting on flat rooftops. They have become aggressively protective of their territory, especially during their breeding cycle.

Unlike most other pest species, birds have legislative protection unless it can be provided that their presence is detrimental to man in some way.

Under the Wildlife (Amended) Act 2000 all wild birds, their eggs, nests and habitat are protected. However, member states may derogate from the provisions in the directive, where there is no other satisfactory solution, for the following reasons:

In Ireland, General Licences, issued and revised, annually by the Department list the birds that can be taken. The licences also state the reasons for such action, methods of control and that the work must be carried out by an authorised person (authorised person means the owner, occupier or someone authorised b the owner or occupier in writing).

These licences do not have to be applied for. They are a legislative means of removing the protection of certain birds, regarded as pests, from the general protection afforded them through the Wildlife (Amended) Act 2000.

Reduction in numbers by one of the approved methods, shooting, trapping etc will provide only short-term relief. This method should only provide temporary relief until proofing work is complete, or to clear derelict buildings of pest birds prior to demolition.

Management of pest birds can be divided into three distinct categories:

The number of birds in an area will be directly influenced by the food source available. Therefore, good waste management and discouraging members of the public from feeding the birds (mainly feral pigeons will naturally reduce the bird numbers over a period of time.

Design of new buildings should take into consideration ledges, windowsills and any other feature that might provide roosting sites for birds. An angle of 45 degrees or more will prevent birds from roosting. Maintenance of existing buildings should be carried out to remove potential ingress points for feral pigeons. These would include missing rooftiles, broken windows and areas where maintenance work has been carried out and holes left in the fabric of the building.

Proofing measures such as netting and stainless-steel spikes can be used to deter birds from roosting on buildings.

Netting mesh sizes for bird proofing will vary according to the species of bird. As a guide, the following mesh sizes are recommended:

Spike systems will deter birds from roosting on ledges that cannot be made inaccessible by netting. They should be fixed in a manner that will ensure that the ledge is adequately covered by the spikes.

Bird proofing is specialist work. An experienced installer should be consulted for advice and proofing strategies.

It should be noted that birds other than those listed on the general licences cannot be prevented from accessing their nest site during the breeding season. To do so would be a breach of the Wildlife (Amended) Act 2000 and prosecution could follow.

Urban pest bird control is a complex subject and requires an integrated approach which will include waste management regimes to minimise attractive food sources; maintenance and design of buildings that will reduce potential roosting and nesting sites and proofing strategies that will exclude pest birds from priorities areas.

Pigeons AKA ‘Rats with Wings’

Why do we dread these pests over other animals?

Since the 1930s pigeons have been causing havoc to our cities. From nesting on roofs to defecating buildings. They are commonly known as ‘Rats with Wings’ but do we have reason to despise these birds? Let us take a look

These pesky birds invade spaces that are not designed for them. They have settled in urban areas and industrial estates and are comfortable making their nest in man made structures. Their short legs and hind toes permit easy perching on pipes and ledges.

Not only do they invade our space they also destroy it with their droppings. Their waste is highly acidic and will corrode metal and concrete. Pigeons also carry mites which can cause skin disorders, while dirt from their feathers can exacerbate respiratory problems.

Most importantly they are a health risk to us. Pigeons and their excretion spread over 60 different diseases. Histoplasmosis, Salmonella and E.coli to name just a few.

A pigeon infestation will promote a bad company image. Seeing a flock of pigeons nesting on the roof of any building or its ledge does not portray a top company image.

Pigeons nest in drain gutters, blocking them causing damage. They also nest near cables which could lead to a serious fire hazard. Pigeon activity around buildings often leads to structural damage as these resourceful pests can lift roof coverings to make an entry.

How do we control these pesky pests?

In the 20th century, pigeons were controlled by killing them however nowadays bird control is much more humane. Controlling them now means preventing them nesting on YOUR building and moving them elsewhere. Our highly trained staff at Central Pest Control can help in moving these birds from your building by putting netting or bird wiring of any shape or size to fit your pest control needs depending on the area invaded.

Did you know? A pigeon dispenses over 10 kg of dung a year! 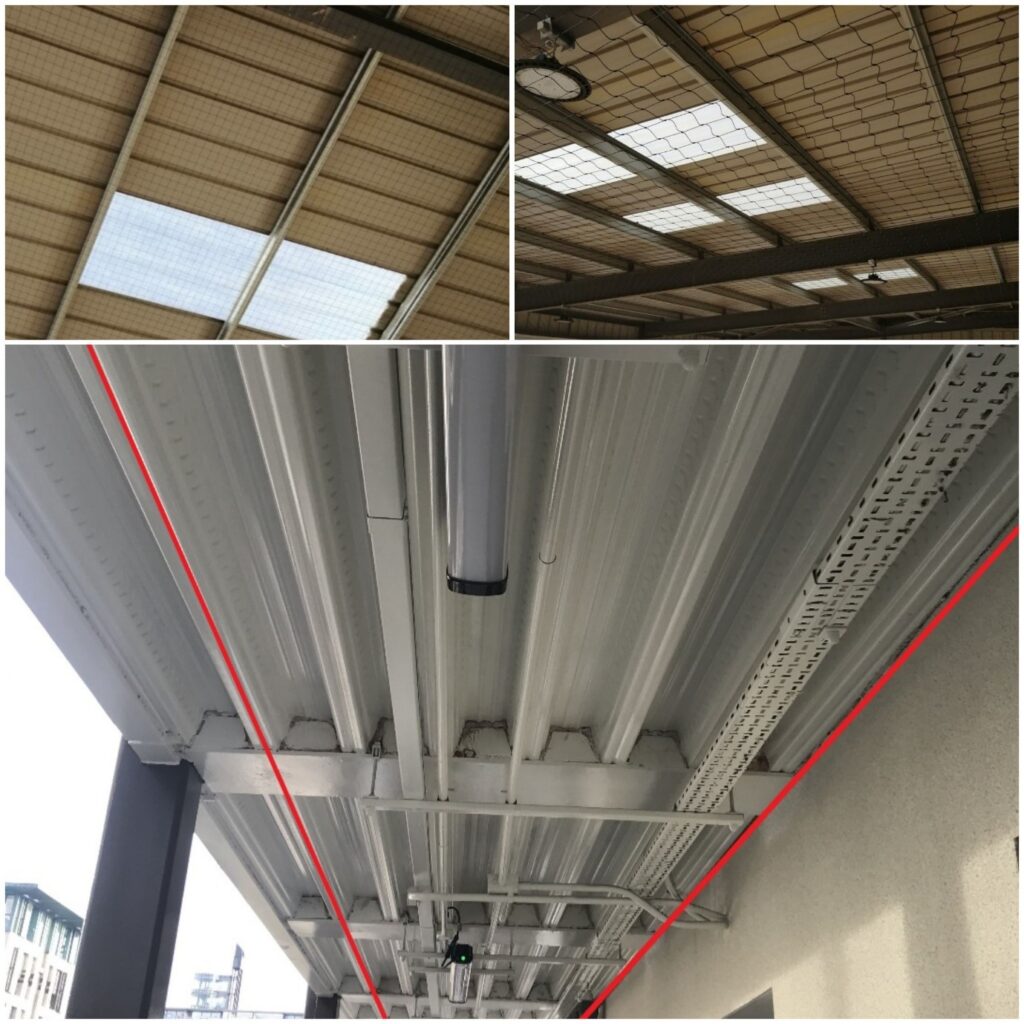